Buck has a number of fundamental concepts: 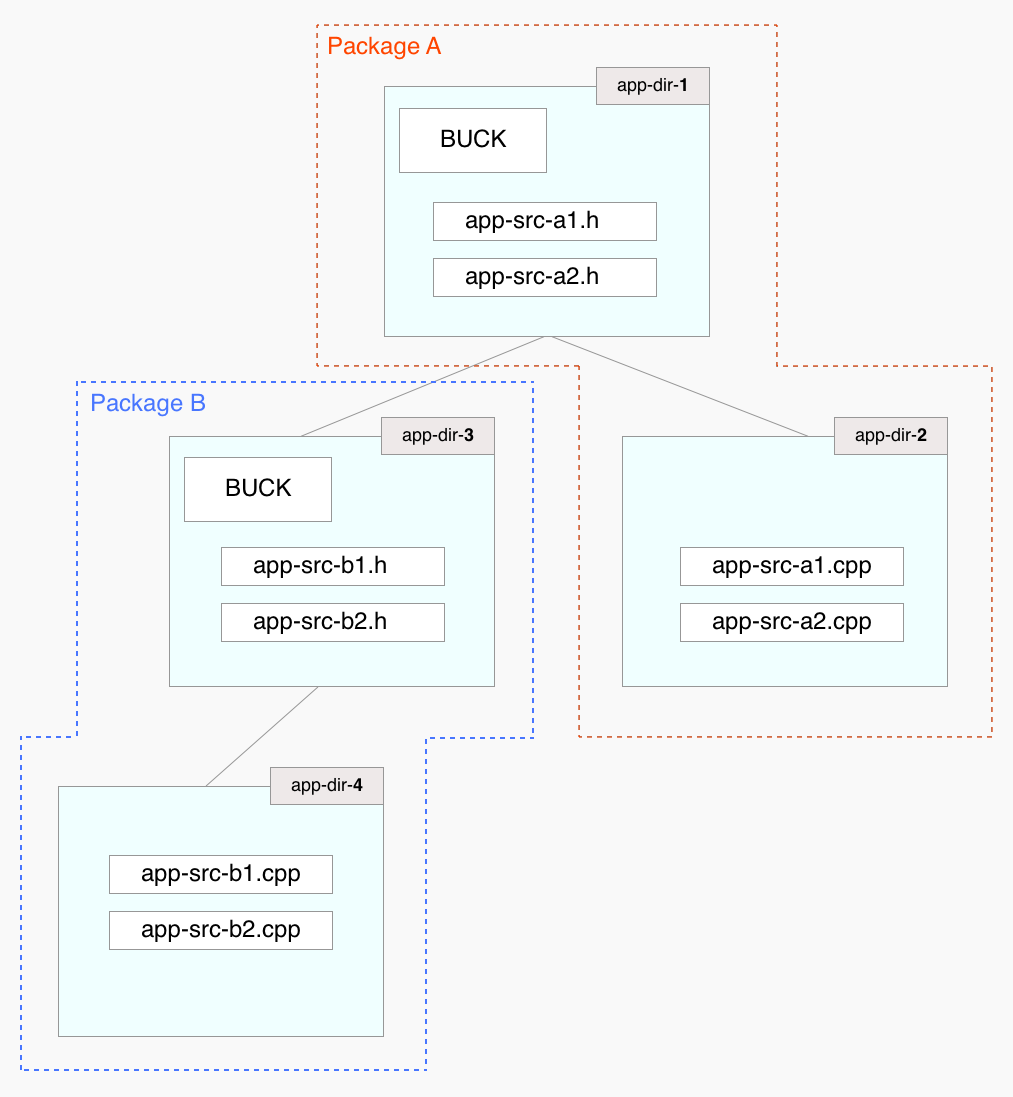 These dependencies form a directed graph, called the target graph. Buck requires the graph to be acyclic. When building the output of a build rule, all of the rule's transitive dependencies are built first. This means that the graph is built in a "bottom-up" fashion. A build rule knows only which rules it depends on, not which rules depend on it. This makes the graph easier to reason about and enables Buck to identify independent subgraphs that can be built in parallel. It also enables Buck to determine the minimal set of build targets that need to be rebuilt.

For more information about how Buck leverages the graph of build dependencies, see What Makes Buck so Fast.

Buck is designed to build multiple deliverables from a single repository—that is, a monorepo—rather than from multiple repositories. Support for the monorepo design motivated Buck's support for cells and projects.

It is Facebook's experience that maintaining all dependencies in the same repository makes it easier to ensure that all developers have the correct version of the code and simplifies the process of making atomic commits.